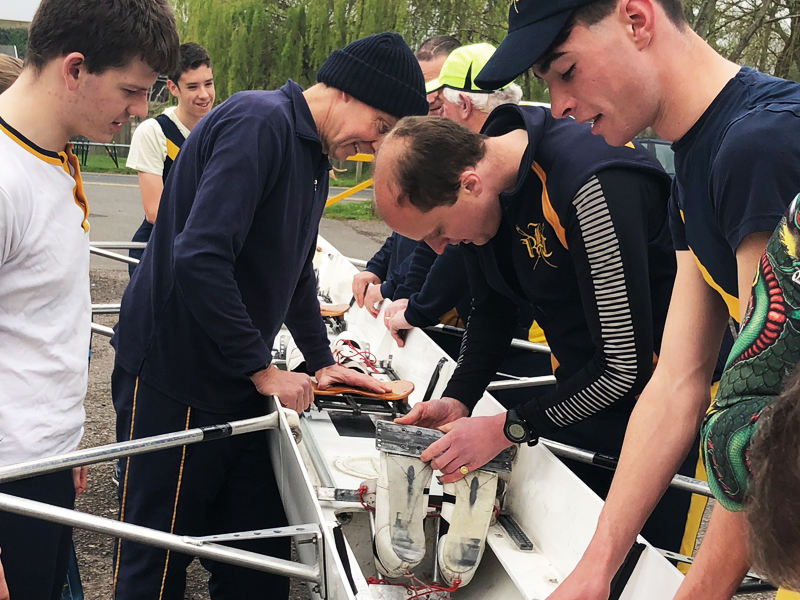 Burway Rowing Club began life as Staines Town Rowing Club and was formed in 1921. Back then, the Club rowed from Church Island in Staines. In 1935, the Club moved to Anglers Rest at Egham where it remained until 1946. Unfortunately, the boathouse and the boats fell into disrepair during the Second World War and so the members decided to relocate to Laleham.

The name of the Club was changed to Burway Rowing Club in 1948 to reflect the name of the stretch of water at Laleham; the Burway Reach. 1948 also saw the birth of Burway Regatta which soon became a popular event in the rowing calendar, and in 1953 the first Burway Head of the River Race was held. In 1956 Burway entered its first crew in Henley Royal Regatta, and in subsequent years Burway crews competed in France and Germany.

The Club remained at Laleham until 1976, when a disproportionate rent review by its landlords forced the Club to seek alternative premises. For the next three years, the Club was homeless. Through numerous fundraising initiatives, the Club secured a loan and a piece of land near Laleham Park from Spelthorne Borough Council and work commenced on a boathouse in November 1979. Since then, the Club has a enjoyed a very fine, impressive boathouse.

Burway Rowing Club continues to row on one of the most picturesque stretches of the Thames and continues to maintain its fine tradition of discovering and training National Champions, Team GB rowers and crews for Henley